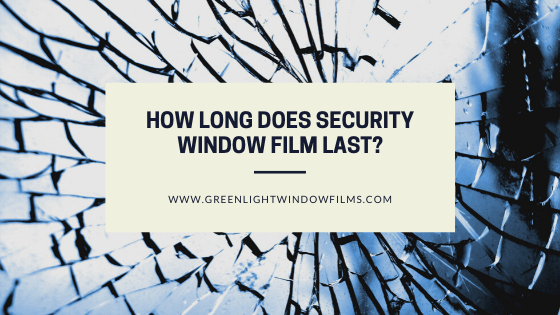 So, you’ve made the decision to invest in security window film for your Austin home? Congratulations! You’re well on your way to enjoying one of the best home improvements you can make. Security window film will not only help keep your property and family safe, but it will also make life a lot less stressful for you as a homeowner. Now, when you head out for your long trip to the tropics, you can focus on enjoying the white sandy beaches and not spend the whole time worrying about your home being broken into.

But now that you’ve decided to take the plunge, you probably have a lot of questions like, what’s the deal with maintenance? And how long does security window film last in Austin? Here’s what you need to know.

The life expectancy of window film tends to vary depending on the quality of the product and installation. However, most standard window films that are used for solar control tend to last about 10 to 20 years. Residential security window film, on the other hand, is a little different.

Once it’s installed, it stays effective for the entire lifetime of the window. Usually, vinyl windows have to be replaced about every 15 to 30 years. So if you replace your window, you will have to replace the film.

There are of course, a couple of exceptions to this rule. If the window is broken or the tint wears out, the film may need to be replaced.

Learn more about security window film for your Austin home by calling our team today!