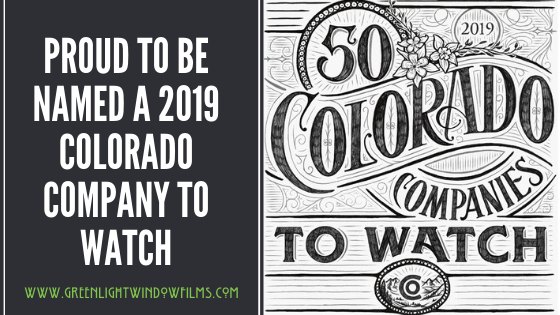 Proud to Be Named a 2019 Colorado Company To Watch

What you may not know about us here at Greenlight Window Films in Forth Worth is that we are just one part of a larger family of companies–Scottish Window Tinting.  As it turns out, our parent company, and by association, us, was recently recognized for all the hard work we have put in over the last decade that made us even more proud.  Scottish was named one of 50 Colorado Companies to Watch in 2019 by the well-esteemed Cobiz magazine. This award is for Colorado-based companies that fuel Colorado’s booming state economy.  So while we may have a different name–we are part of an amazing legacy just the same. It means a lot to us to stand shoulder-to-shoulder with so many other movers and shakers.   It speaks volumes not only about who we are as a company, but about how our culture matches the values of the great state of Colorado.  To us, it also means the goals we set have slowly and painstakingly come to fruition–and that too is a reason to be incredibly proud. So how did Scottish Window Tinting, and by association us here at Greenlight, get to this point of affirmed success?  Well, there certainly was no cutting corners– that’s for sure. But to give you an idea about how it all started, let’s go back to the technology that changed our lives–window tinting.

Over a decade ago, our owner, Martin Faith, took some advice from a friend in the window tinting industry and had window film applied to his home.  He was instantly amazed by the results of the film–from eliminating the need for A/C in the middle of the scorching Colorado summer to a drastic reduction in his utility bills.  Martin saw the potential for something as seemingly simple as window film to change consumers lives. Working from the foundation of knowing window film really worked, he founded Scottish Window Tinting the very next week.   He didn’t have a clear idea about how to sell the films or who to sell them too but Martin knew the products were good– he would figure it out. His instincts proved to be spot on and our single location company is now sending out Colorado-based installers to 25 other states. In this expansion, Greenlight Window Films was acquired as well.   He didn’t set out to become number one but rather to fill a niche and sell something to consumers, in Colorado and beyond, he knew worked and made sense financially. He did, however, set out to build our company on six core values:

To date, those core values are a huge part of what has driven our success.

As proud as we are to be part of the company that received this award and for sticking to the values work– we are also thankful.  Thankful to the state of Colorado for giving our parent company a place to incubate and thrive. Thankful to CoBiz for the recognition of all their hard work.  And finally, thankful to all the customers we and Scottish have served– in Colorado and nationwide. We appreciate the trust they had in hiring us.  We know we have done well by you and truly we could never have gotten so far without a fair amount of help from all those we serve.