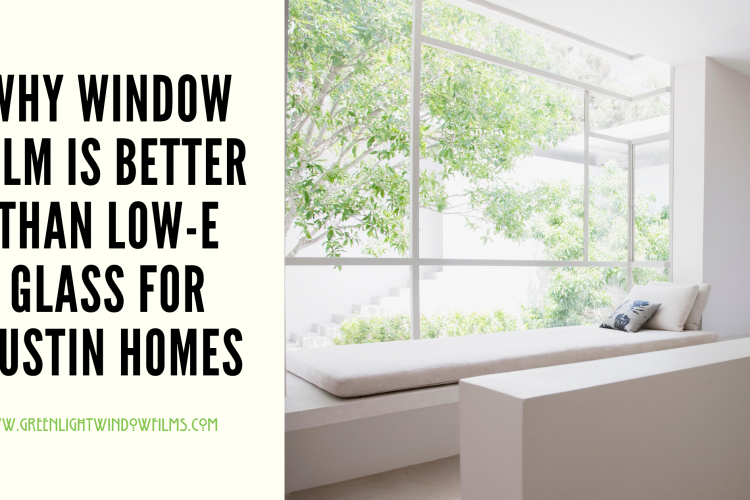 As the summer heats up, people are starting to realize that their air conditioning is simply not enough.  This is in large part due to solar heat gain on untreated windows in homes here in San Antonio.  Solar heat gain seeps through glass and heats up the air you are paying to cool.  The two most common solutions are window tinting or window replacement with Low-E glass. Find the answer to which one is better for your home below.

Based on current RSMeans data, removing existing dual-pane windows and replacing them with dual-pane Low-E glass will cost you about  $40 and $55 per square foot.  Low-E window film, spectrally selective specifically, is about $9-$30 and gives about the same results as Low-E windows. Making it a superior choice.

Window Film is Easier to Install

Low-E windows work well to cut down on solar heat gain and glare–but two benefits you will get from them.  Window tinting also significantly lowers solar heat gain, keeping your home cooler, but comes with a lot of other benefits.  It cuts down on glare, blocks UV rays, adds privacy, and turns any window into tempered glass.

Low-E windows are effective for battling solar heat gain but they are not as well-suited for most homeowners that want to reduce heating bills and have a speedy ROI.