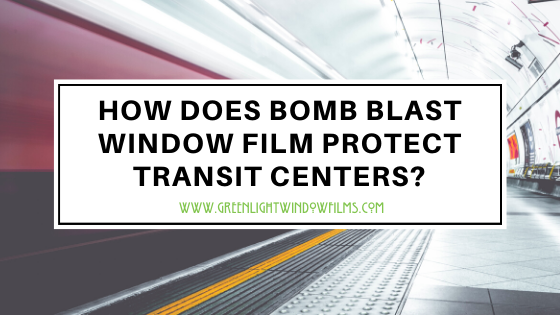 Here in Denver, we rely on our transit centers are our gateway to the world. Not only do people come here to ski but to explore our great city as well.  This means that our government needs to consider the safety of both our citizens and our visitors too. These keep people coming back and our economy strong.  One of the most critical components of this is to keep our transit centers safer. Bomb blast window film is one of the best ways to do this because it protects from dangers the very common to the extreme.

For major transit centers in Denver like airports, bus stations, and light rail trains–keeping passengers protected from danger is critical.  This is why bomb blast window film is a very good idea for a city like ours.

For more information on bomb blast film for any number of safety applications in Denver area transit centers, contact us at Greenlight Window Films in Denver today.