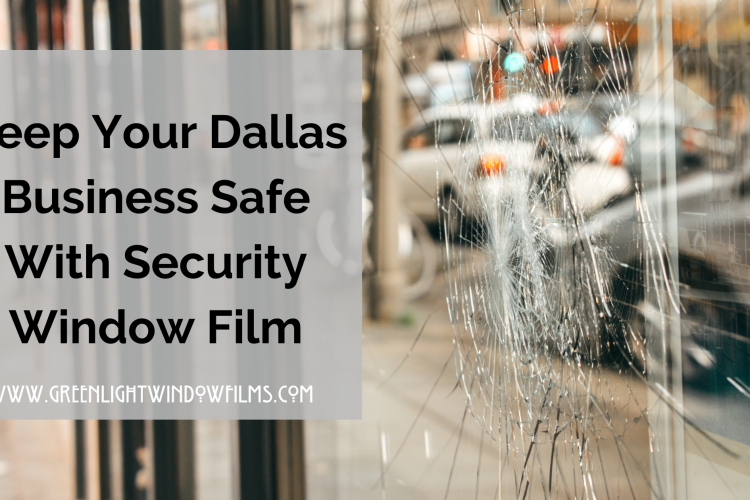 Security is a major concern for any business. Besides the place you live, your commercial space is where you spend the majority of your time and likely have the most investment in–possibly even more. It makes sense then that you may be thinking more and more about security for your business right now. As we well know here at Greenlight Window Films, the weakest points of nearly any building are its glass windows and doors. Which should make them the focal point of your security efforts. When deciding between options like security cameras, security guards, bars on your windows, and more, remember, one of the most powerful and effective ways to protect your Dallas business is with window film.

Security window film works in a handful of well-coordinated ways to keep your Dallas business safe. Ultimately it strengthens the glass of your windows and makes them extra-impervious to breakage. There are three main components to keeping glass from being penetrated. All of them play a different role in its function and we can install all three for you as well.

If you are interested in beefing up the security in your Dallas business, sign up for a free, on-site security consultation from Greenlight Window Films here.