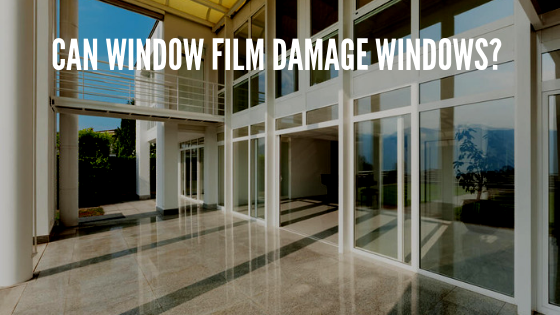 Discovering the Right Window Film Type for Your Fort Worth Property

Is Window Film Be Safe for Double-Pane Windows?

The unfortunate truth about double-pane windows is that it will become foggy over time. The seal on double-pane windows will eventually fail, leading to trapped moisture in between the panes. The condensation is the culprit behind the foggy look. There is no evidence that showcases window film being responsible for foggy windows. When residents contact the window manufacturer about their foggy windows, it is the warranty department’s responsibility to find any reason to void your window’s warranty. If you tell the warranty department that your windows have window film, they’ll blame the film for damaging your window’s seal so they don’t have to replace them. Modern window film is really durable and typically won’t change the appearance of your windows. Residential window film usually has a lifetime warranty while commercial window film has around a 10-year warranty, meaning it’ll be covered if you experience aesthetic changes.

GreenLight Window Films is honored to be the trusted window film contractors serving the Fort Worth area. We understand window film compatibility and will never compromise the integrity of your existing windows. We prioritize your safety first and always work with compatible window film solutions based on your type of glass. For more information regarding window film safety, please contact us!