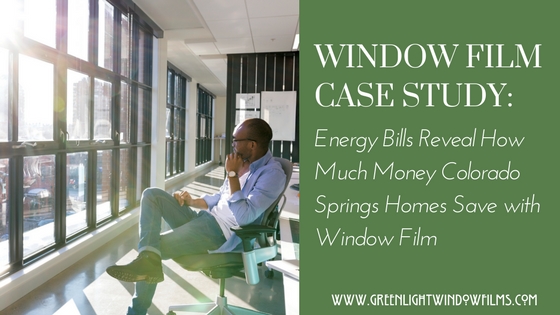 With natural resources dwindling at an alarming rate, energy efficiency is one the primary goals of today’s building professionals. Approximately 30-40% of energy loss is the result of poor window insulation. That’s why more and more architects are tackling energy consumption issues with window film.

For those who aren’t familiar with residential window film, these may seem like a peculiar method. After all, isn’t window film the dark tinted stuff you put on the windshield of your car? Well, yes and no. Residential window film is similar to window tint, except it’s not as dark and it’s used for architectural purposes on multi unit and single family homes.

But how effective exactly is window film in Colorado Springs? How much money can one expect to save with such an investment? This recent case study conducted in Colorado shows tha window tint is actually quite effective. And there’s photographs of real energy bills taken by the homeowner himself that prove it.

Our story begins with a 2,900 sq ft home located in Central Colorado. The home was of an average size, but its energy costs were unusually high, as you can see in the photo below. (This is not uncommon in Colorado, but still catches many homeowners by surprise.) Perplexed by the situation, the homeowner decided to try various methods to make his home more energy efficient. 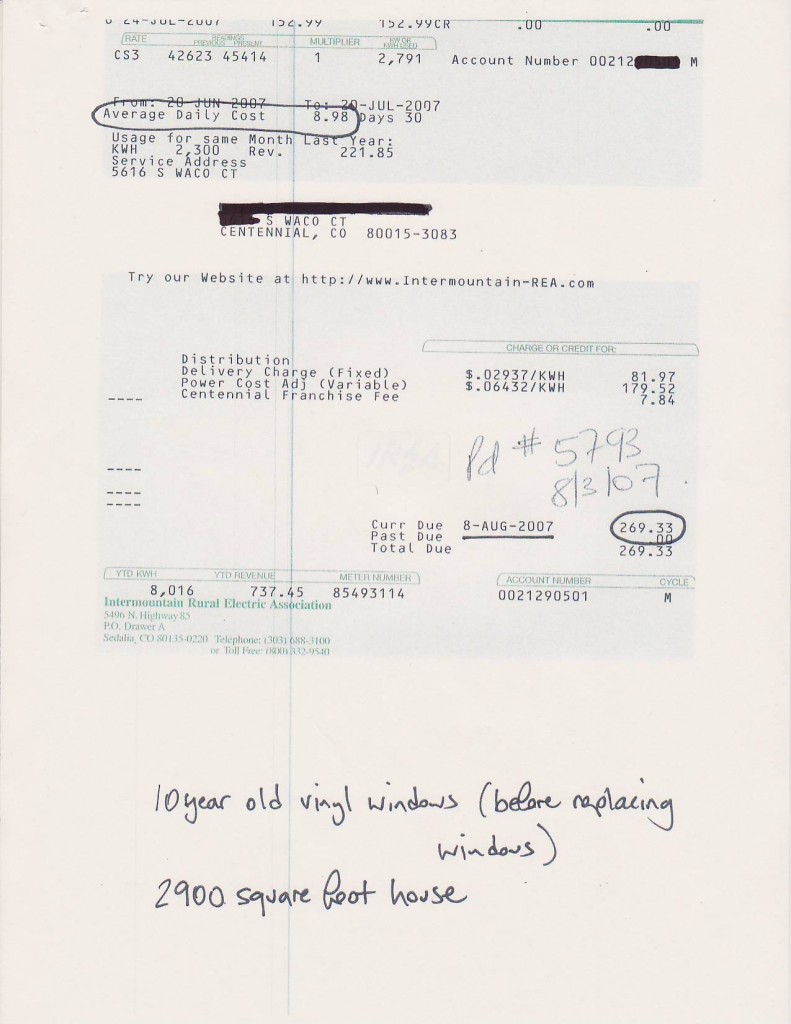 The first step he took was to replace his old windows with new ones. The old windows were over 10 years old, and just by standing next to them, one could tell that they were not very well insulated as the area around them often became too hot or cold. So out went the old windows and new low-e windows were installed in their place. The following summer, monthly energy costs for the home dropped from $269 to $216. 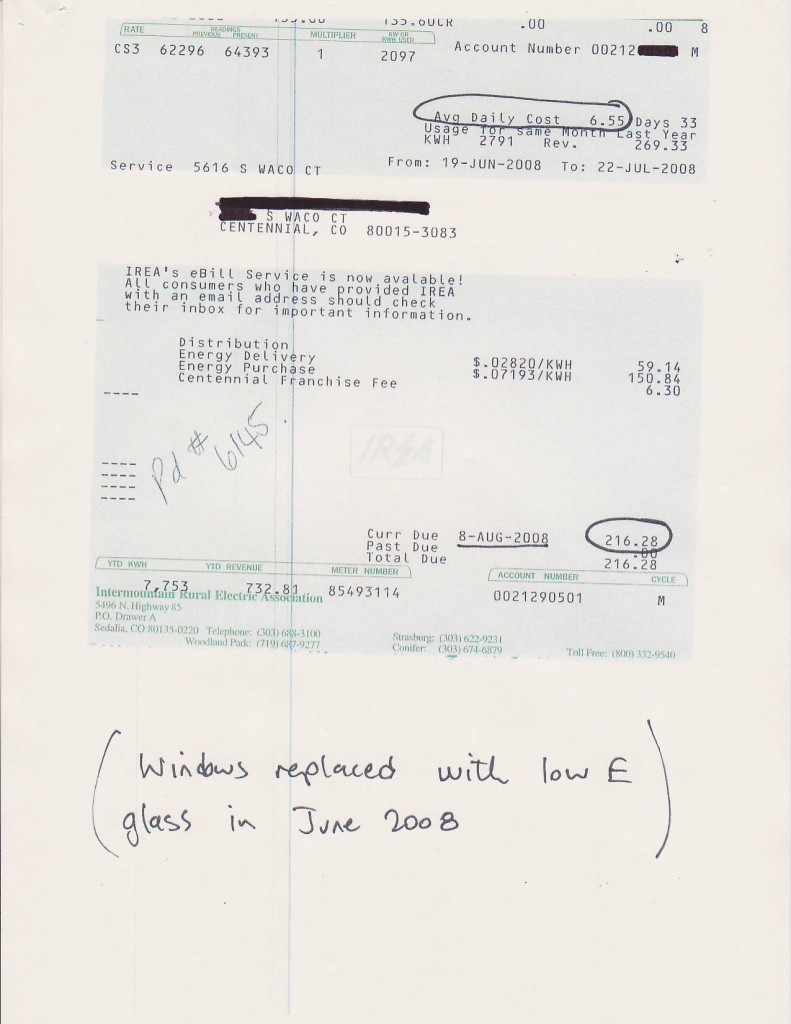 This was an improvement, but still the owner of the home wondered if more could be done. He conducted a bit of research and came across Vista window film. He decided to give it a try and soon had the film installed on his new windows. The results were amazing. The next summer his energy bill dropped to an all time low of only $83 during the month of August! This was an impressive feat considering that just two years ago, energy bills were $186 higher. The window film had done the trick!

This study proves that window film is quite effective. And it was conducted in Denver, only one hour away from Colorado Springs. So it’s easy to reason that by installing window film, Colorado Springs homeowners could save hundreds, if not thousands, of dollars each year on home energy costs.

Find out today how much window film can save your Colorado Springs home. Call Green Light Window Films today to schedule your free consultation with an energy efficiency expert or receive an estimate on window tinting in Colorado Springs.